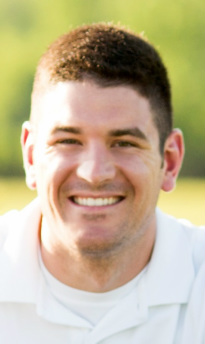 Mr. King graduated from the University of Virginia with a degree in history and played lacrosse for the Cavaliers.  Mr. King separated from the United States Marine Corps after serving two combat tours overseas as a Logistics Officer.  He enjoys reading, being outdoors, and fishing and is currently learning the role of General Manager after serving as the Tasting Room Manager for a year.

Mr. King is married to the former Kelly Truax of Mound, Minnesota, who also graduated from the University of Virginia with a degree in nursing. Mrs. King separated from the United States Navy after caring for Wounded Warriors and serving in the Neonatal Intensive Care Unit (NICU) at Balboa Naval Medical Center in San Deigo, California.  After working briefly at the University of Virginia in the NICU, Mrs. King has recently moved into the role of full-time mom and part-time Registered Nurse at Martha Jefferson Hospital in Charlottesville.  She enjoys taking care of babies, baking bread, crocheting, and taking walks with her dogs, Gunner and Charger.

Most recently, Mr. and Mrs. King are the proud parents of David “Connor” King.
Powered by