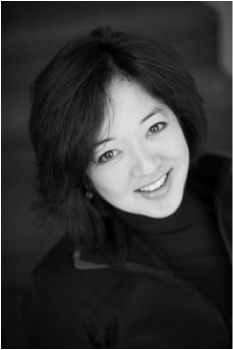 Lori Shinseki has worked in documentary film production for over 20 years.  Most recently, she co-produced the HBO film Wartorn 1861-2010 about combat trauma from the Civil War to present-day conflicts in Iraq and Afghanistan.

Shinseki was a co-producer on the PBS FRONTLINE series program “Missile Wars,” about the National Missile Defense program, and an associate producer on numerous other FRONTLINE programs.    She served as associate producer on Bill Moyers’ PBS documentary “Trade Secrets” – an expose on the US chemical industry – which won an Emmy Award for Long-Form Investigative Journalism.

Her current project, titled They Played God, examines an unethical scientific study of separated twins and triplets, which took place in New York City from 1960 through the 1980s.

Shinseki grew up in an Army family and lived on military bases around the US and in Germany.  She graduated from Duke University with a B.A. in political science, and she received her M.A. in documentary film production from Stanford University.  She lives in Charlottesville, VA with her husband, Tim Heaphy, and their three children.